"Hitman for hire by only the wealthiest and most connected, "The Fixer" always hits his mark."
— In-game Description

The Fixer is a Rogue featured in Rogue Company.

Darius Gray always insisted on making a profit from business. Becoming a hitman required his all-around attention, but that didn't stop him from acquiring his debt. Obtaining the name "The Fixer" from fixing problems that only the elite agents could solve, Rogue Company proposed a position that was only unique to someone like him. When Jackal showed their faces and high level threats, Fixer was accompanied by the Director to put Jackal where they belong. He accepted the job, as long as the pay was worth collecting.

The Fixer is an extrovert and doesn't mind speaking his thoughts about ongoing situations. He usually doesn't think that many of the problems Rogue Company must face are big deals, especially because they have him. He shows off a Southern personality, but does take business seriously.

The Fixer is a Sniper, a Rogue Company member that excels at dealing substantial damage in long range combat. His Thermal Vision ability allows him to see enemy heat signatures through smoke, giving him chances to attack hidden enemies. His passive ability, Shrapnel Rounds, slows enemies when damaging them with a firearm.

As a sniper, The Fixer must keep his distance from enemies and assist allies from afar. In chaotic battles that include smoke, he must eliminate enemies that his teammates cannot see. 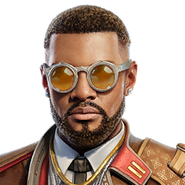 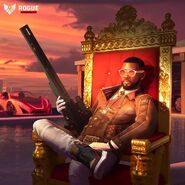